We're On Your Side

With Edward J. Wartman & Associates, you’ll work with an experienced legal professional who holds a keen understanding of your individual situation

Ed was born and raised in Calumet City, Illinois graduating from Quigley South High School in Chicago in 1988.  He graduated from Northwestern University in Evanston, Illinois in 1992 with a Bachelors of Arts degree in Economics and Mathematical Methods in the Social Sciences.  His years at Northwestern made Ed a diehard Wildcat and Cubs fan.  Ed earned his Juris Doctor degree from The John Marshall Law School in Chicago in 1995.  Ed served as a corporate counsel for Tintari Riebe Services, Inc., a medical consulting and collections firm in Chicago from 1995 to 1998.  In 1998, Ed became an associate attorney with Unterberg & Associates, P.C., one of the largest foreclosure law firms in Indiana.  Ed served an associate attorney, handling the more difficult foreclosure cases, including bench trials, summary judgment motion practice and real estate title problems.  Ed joined Jeffery Oliveira & Associates in 2000, practicing personal injury and bankruptcy law until he joined Ruman, Clements, Tobin & Holub, P.C. in Hammond, Indiana.  Ed served as an associate attorney with Ruman, Clements, Tobin & Holub, P.C. until 2003, trying several jury trials to verdict and handling hundreds of plaintiff personal injury and criminal cases.  In 2003, Ed joined McHie & McHie, practicing personal injury, criminal and bankruptcy law.  In 2005, the McHie firm dissolved, so Ed decided to go into private practice, first in Hammond, and later in Merrillville.   Ed's first has been at its present location in Environ Plaza since December, 2005.  Ed's areas of practice include bankruptcy, personal injury, criminal, and family law.

Ed is licensed to practice in all Indiana and Illinois state courts, the United States Court of Appeals for the 7th Circuit, United States District Court for the Northern District of Illinois and the Northern and Southern Districts of Indiana.  Ed is also a member of the Lake County and State of Indiana Bar Associations.  He served on the Board of Managers for the Lake County Bar Association from 1998 to 1999.  Ed has authored several articles on debt collection, bankruptcy practice and foreclosure.  He has been a lecturer for National Business Institute several times, most recently in 2015.

Ed is very active in the Northwest Indiana community and volunteers his time in many areas.  He has coached Little League baseball in Lakes of the Four Seasons from 2008 to 2016, and coached youth football for Boone Grove Winfield Pop Warner football from 2008 to 2012 and Crown Point Junior Bulldogs from 2013 to present.  He is also a member of St. Mary's Catholic Church in Crown Point, Indiana.

Ed has been married for over 25 years and is the father of four children.

While our team has a proven track record of success in negotiations and courtroom proceedings, they’re also lifelong learners who remain abreast of the latest developments in areas related to your case. When you come to Edward J. Wartman & Associates, expect to hit the ground running with somebody who’s already a step ahead of the game.

Thank you for contacting us! If needed, you will hear back within 48-72 hours. 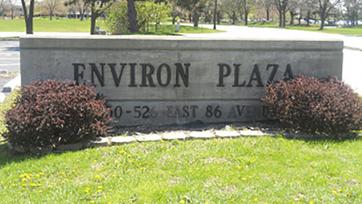